German Shepherd Records' new charity album, fighting famine in Malawi, is out now (and features a brand new track from us)! 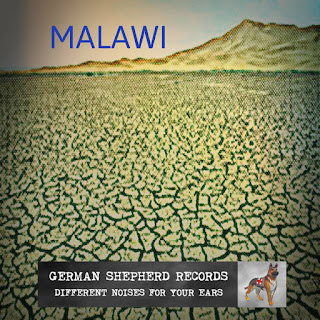 'Malawi is in a state of emergency and facing its worst food crisis in many years. Parents are unable to feed their children and millions are going hungry.

A horrible combination of floods and drought throughout Southern Africa has devastated crops, leaving many families on the brink of starvation. It’s only set to get worse over the coming months. During this time of crisis a daily meal is a vital lifeline for vulnerable children in desperate need of nourishment.

In April, the President of Malawi declared a state of national disaster. 6.5 million people are facing chronic hunger. Severe droughts have left the country short of one million tonnes of maize needed to feed its people in the months ahead. The government of Malawi estimates that more than eight million people – half the country’s population – could need food aid by the end of 2016.

£12.20 is all it costs for the charity Mary's Meals to feed a child for a whole school year. We are asking you to donate a minimum of £3 for this album which will include music we have previously released as well as brand new tracks - all money raised after Bandcamp and Paypal fees will be then sent via Mary's Meals to Malawi'

Posted by StewartScissor at 2:12 pm No comments: